With Bohemian Rhapsody nominated for no less than five Oscars at this weekend’s award ceremony, what better way to get into the mood with a full night of Queen classics. For the patrons of the Kay Meek Arts Centre in West Vancouver that’s what was on the menu on Thursday night.

Although the theatre was not full to the brim those that were there came to party, and Los Angeles based Queen Nation did not disappoint. It was the band’s first time in the Vancouver area, and the first of a couple of shows this week and based on the welcome I am sure they will be back.

Queen Nation have been performing the music of Queen since 2004, and by now they have it down to a fine art. Gregory Finsley as Freddie Mercury was incredible, with vocals that bear an uncanny resemblance to the late, great Mr. Mercury, and a stage presence to match. Mike McManus, was decked out like a late 1970’s Brain May, with flowing locks, and of course the Red Special, courtesy of Brian May guitars. Parker Combs on bass, as John Deacon and trashing the skins the dynamic Pete Burke as Roger Taylor rounded out the act in style.

The band wasted no time at all getting stuck right in the one of the best Queen tracks of all time, and a perennial opener for the band, Tie Your Mother Down This gave Finsley his first opportunity to glide around the stage flamboyantly in his black and white harlequin pants, leather jacket and cap, looking very much like the great man himself. It also gave us the first opportunity to hear the great soloing of Mc Manus, who throughout the show was almost note for note on the solo parts of the songs.

Next up, “Freddie” took to the piano for the classic, You’re My Best Friend, and stayed there for Play the Game. Although I think it is fair to say we were never going to see him sitting down for too long, and after a short chat with the audience about the difficulty of driving on Vancouver’s skinny streets, launched into the Green commuter’s anthem, Bicycle Race.

One of the advantages that cover bands often have over the artists themselves is the freedom to play some lesser known tracks. When I first saw Queen in 1982, they were touring on the back of the disco influenced Hot Space, an album that was not universally well received by their fanbase, and as a result many of the tracks from the album have not been played since that tour. It was great tonight to hear the wonderful Las Palabras de Amor, a song inspired by the strong fanbase the band always had in South America.

Continuing the theme of love, Love of My Life was followed by one of the defining songs of the 80’s Crazy Little Thing Called Love. It was at this point in the night that the band really hit their stride, and the audience really found their voice.

Two more songs from The Game, Dragon Attack and Need Your Loving Tonight (humourously described by Finsley as a cross between Buddy Holly and Linda Ronstadt) were followed up by Queen second ever No 1 hit, Under Pressure. With so many hit songs to their name, it is hard to believe that there was a six-year gap since their first chart topper.

The first part of the performance was ended with band and audience singing Fat Bottomed Girls at the tops of their voices.

The second part of the show opened with haunting intro to A Kind of Magic album, and one of my favourite tracks, One Vision. Finsley took to the stage in tight pants and a superman shirt, bringing back memories of the Crazy Tour, when Freddie was often paraded around on the shoulders of a buff Superman. Building on the tempo of this track it was all the way back to Queen’s self-titled debut album, and their first single as a band, Keep Yourself Alive, with Finsley performing it in its raw glory, and McManus excelling on the soaring solo’s that would come to set Queen apart from other bands. Staying with the 70’s it was back to full on audience participation for Killer Queen, with the Finsley throwing beads into the crowd, and generally whipping the crowd up, before taking a well-earned break at the piano.

You can always tell a good cover band by the way they embrace the style of performance of the original artists, and this song was a great example, with Finsley dragging out the intro to song, playing longer and longer clips of the first few bars, much as Freddie used to do back in the day, as a lifelong fan, this brought a smile to may face.

Following this brief hiatus from bouncing around the stage, it was back to business for fast paced version of the great Don’t Stop Me Now, and that staple of many Queen concerts’ Elton John’s Saturday Nights Alright (for Fighting). A treat for Highlander nerds was A Kind of Magic, and a treat for everyone was the audience anthem Radio Gaga. Although we may not have had the same size of crowd as Live Aid we certainly had the same level of enthusiasm. This carried on into Another One Bites the Dust, and after the almost too fast to sing, Stone Cold Crazy it was time for that all time classic. The beloved song of inebriated students, and headbanging road trippers, Bohemian Rhapsody.

It was at this point that McManus had noted that there were a bunch of kids in the audience with their parents, and more than likely grandparents, and commented that that was parenting done right. BoRhap is a real example of this, as song that came out more than 40 years ago, which can probably be sung in its entirety by anyone from aged 10 to 90.

Not surprisingly this proved to the last song for the main part of the show, but of course it would not be a Queen show without the foot stomping, hand clapping classic, We Will Rock You, which is always, of course, followed by the classic loved by sports fans everywhere, We Are the Champions.

This only left room of course for God Save the Queen, which for me will always bring back memories of Freddie gracing the stage in his robe and crown.

It was a great way to end the night, and Queen Nation really did put in a great show.  With so many classic bands no longer touring, and in some case no longer with us, it is great that we have such talented musicians that are carrying the torch and continuing to bring classics such as we saw tonight to a loving audience. Gallery – Stewart Johnstone 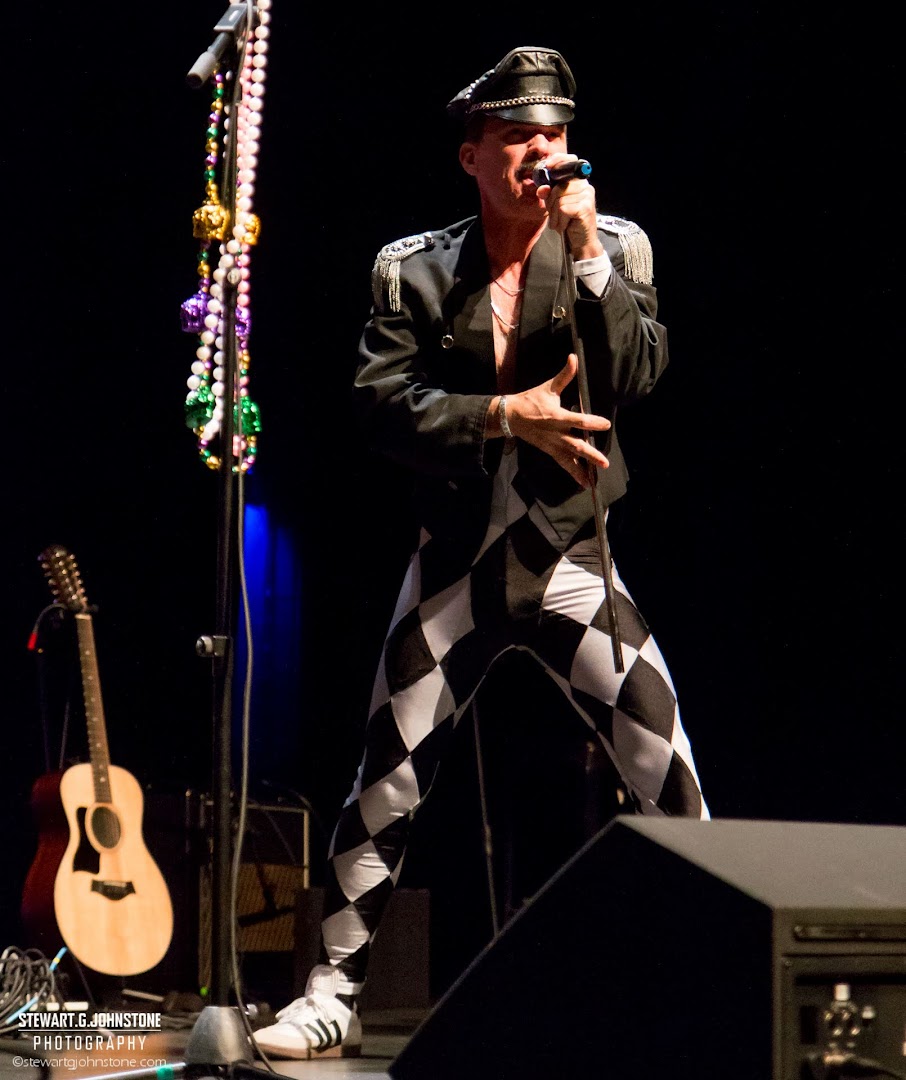 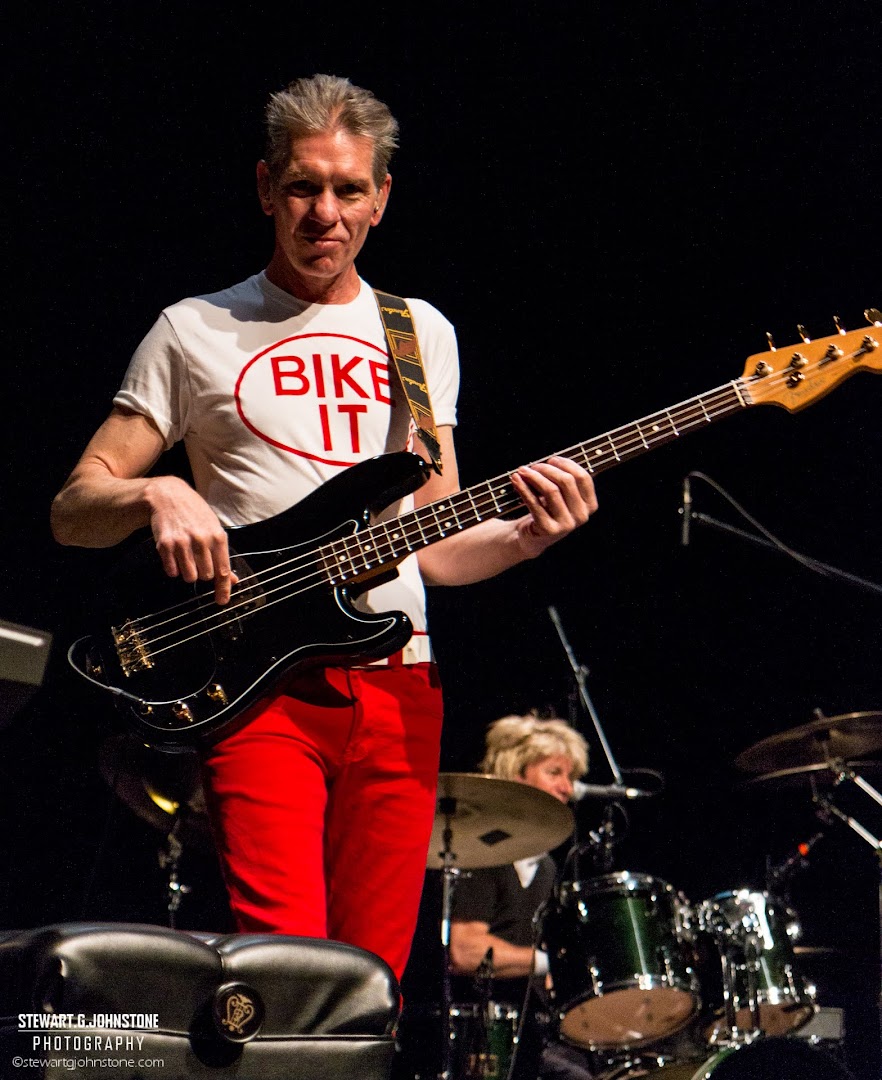 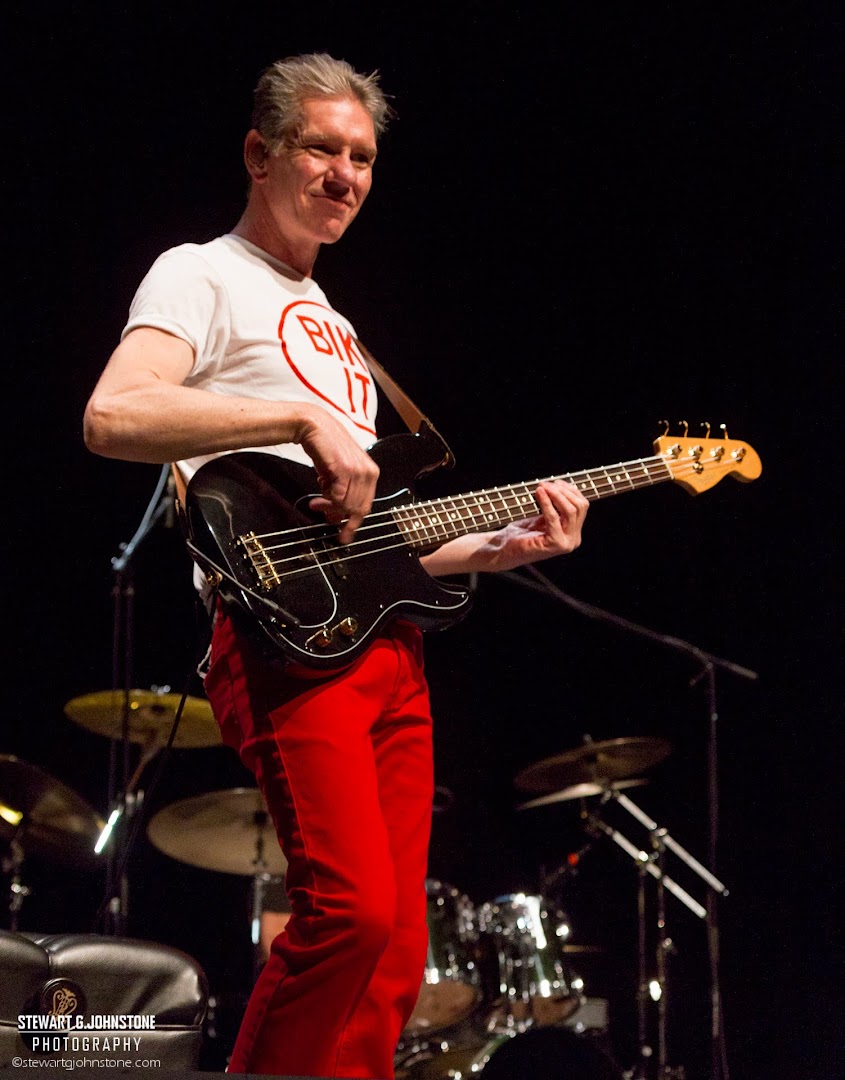 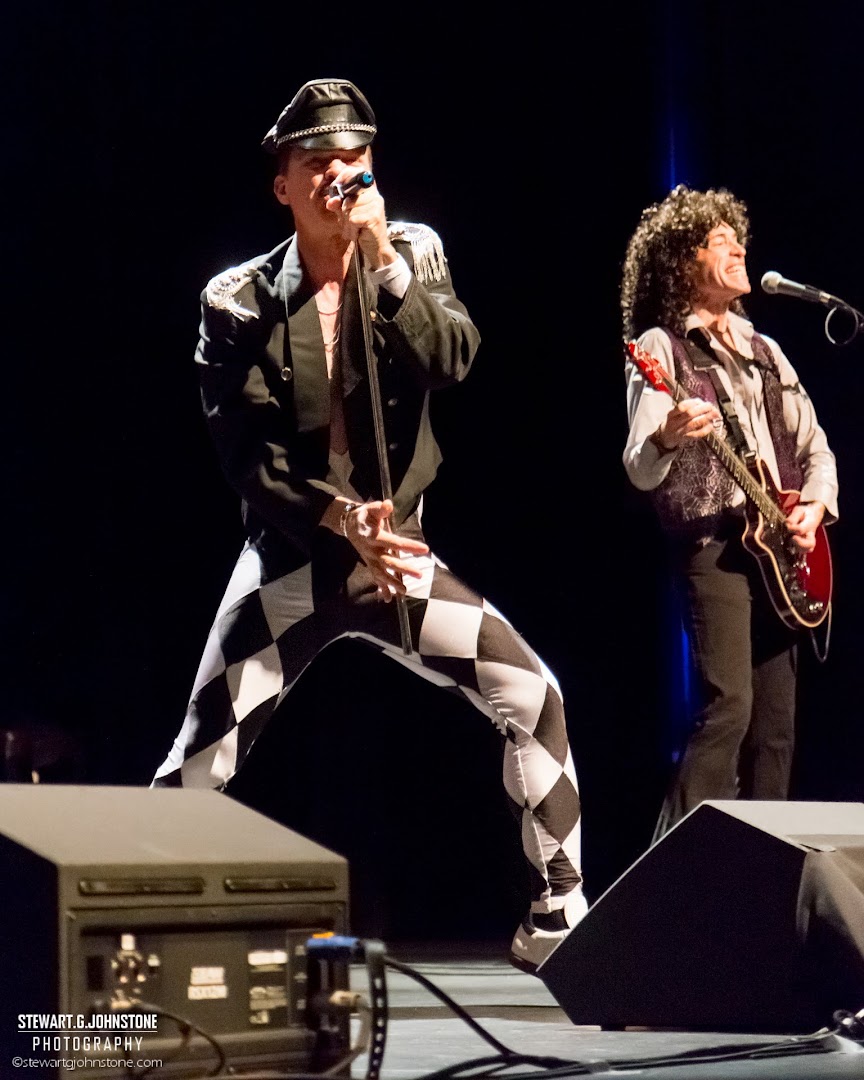 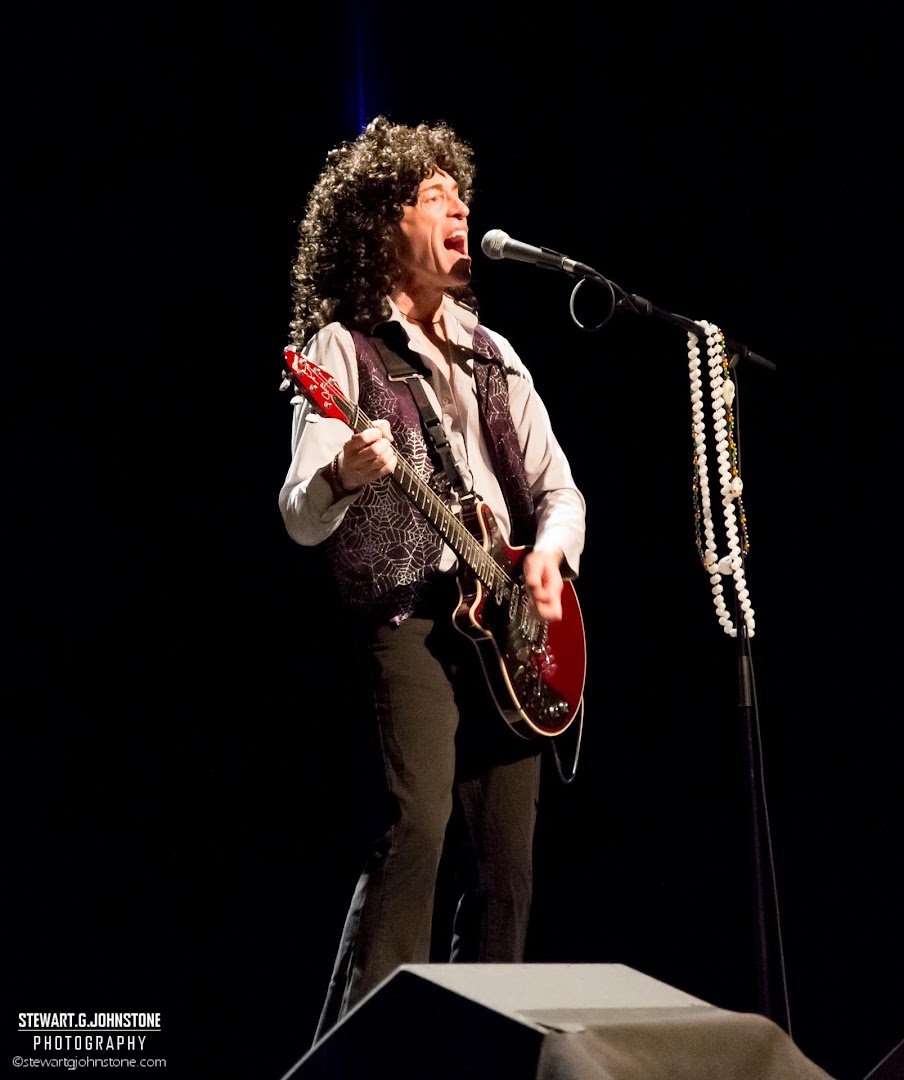 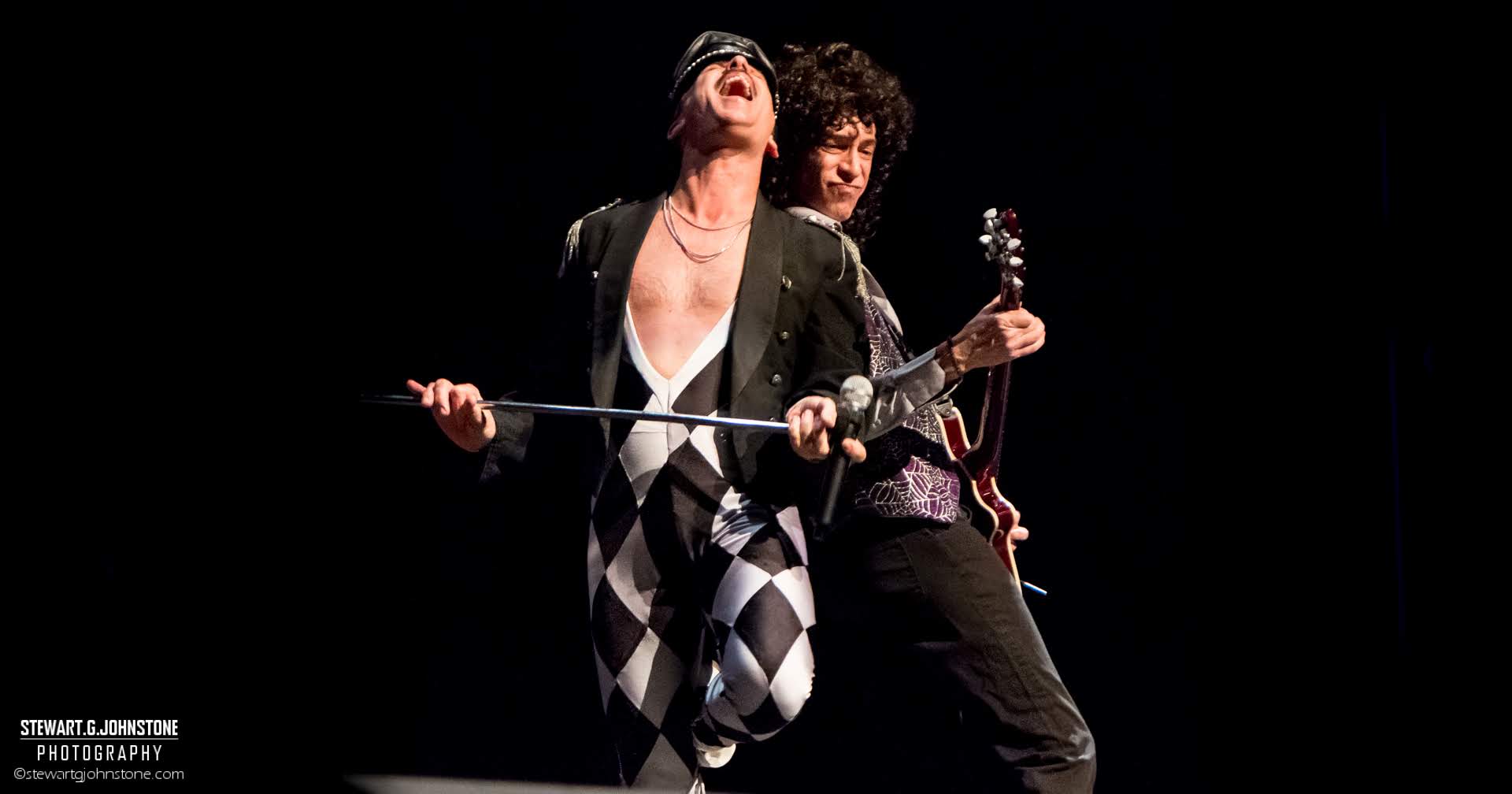 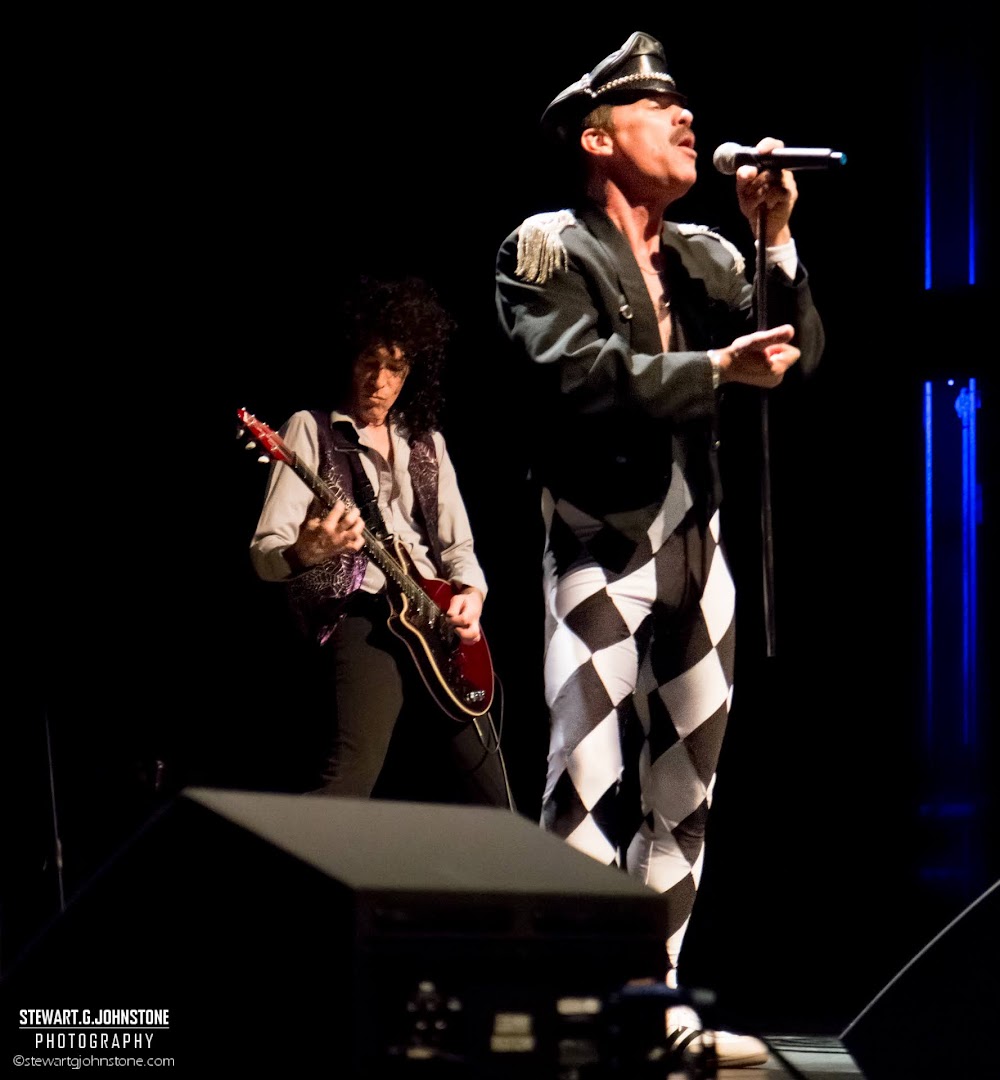 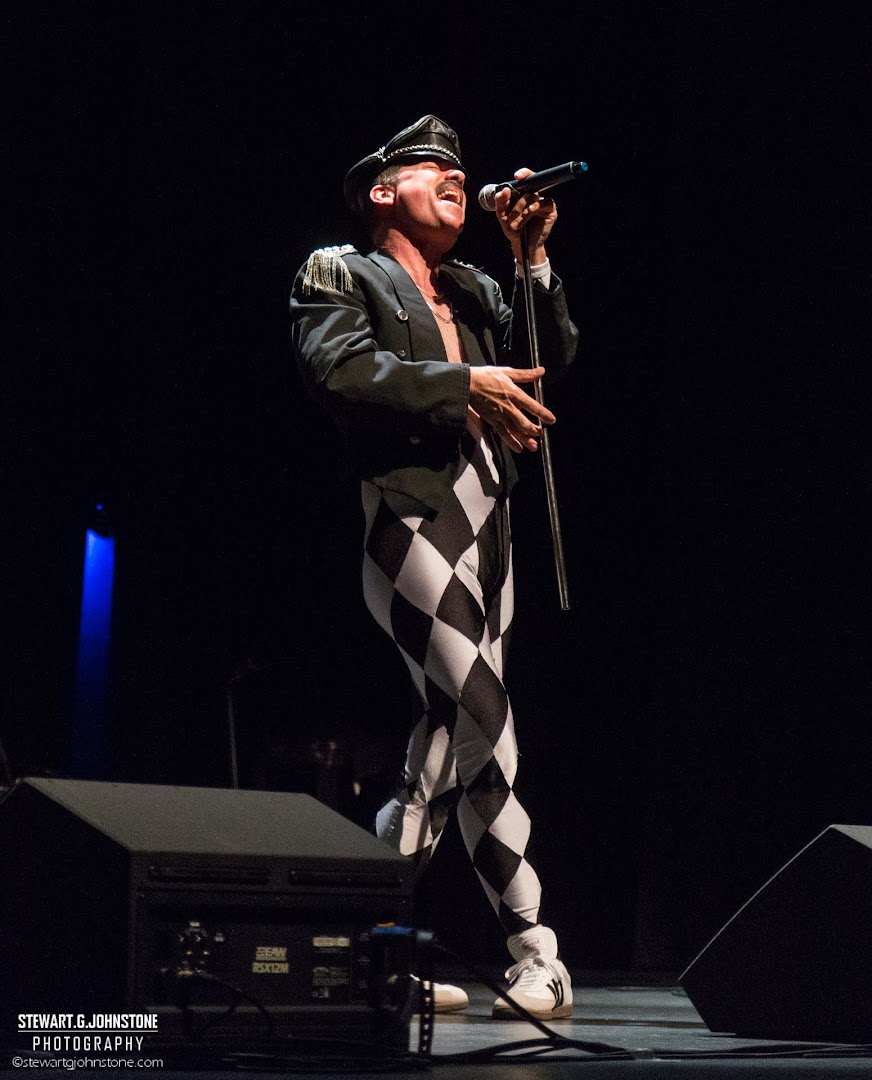 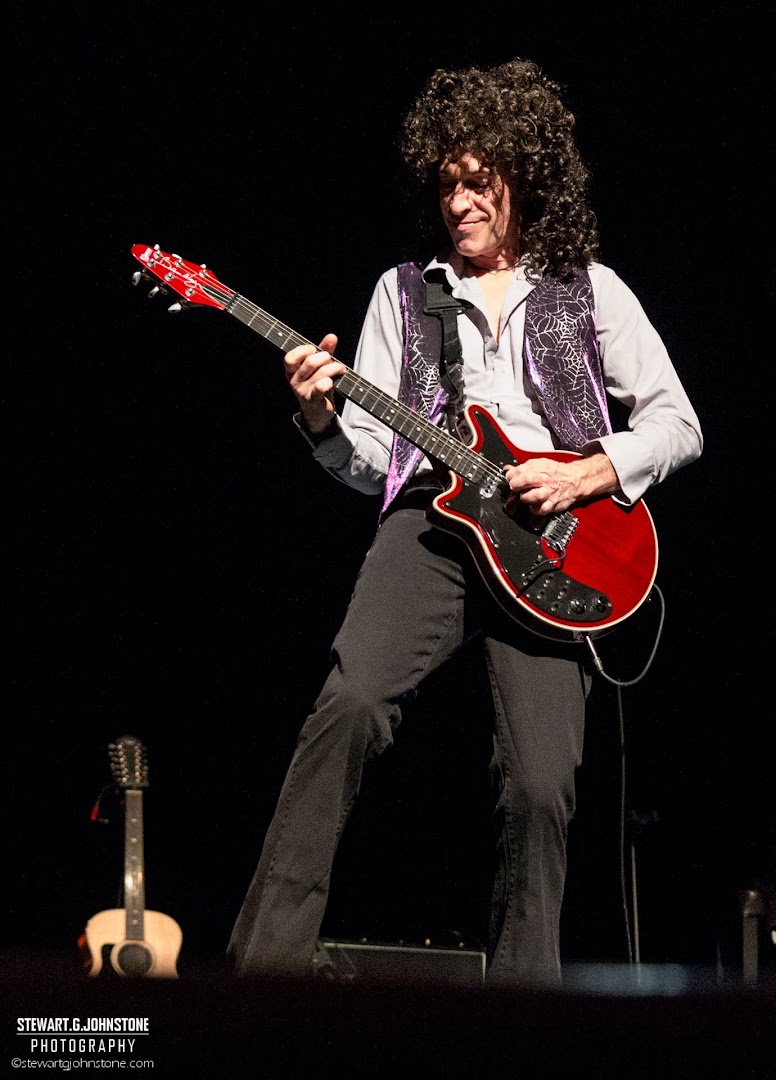 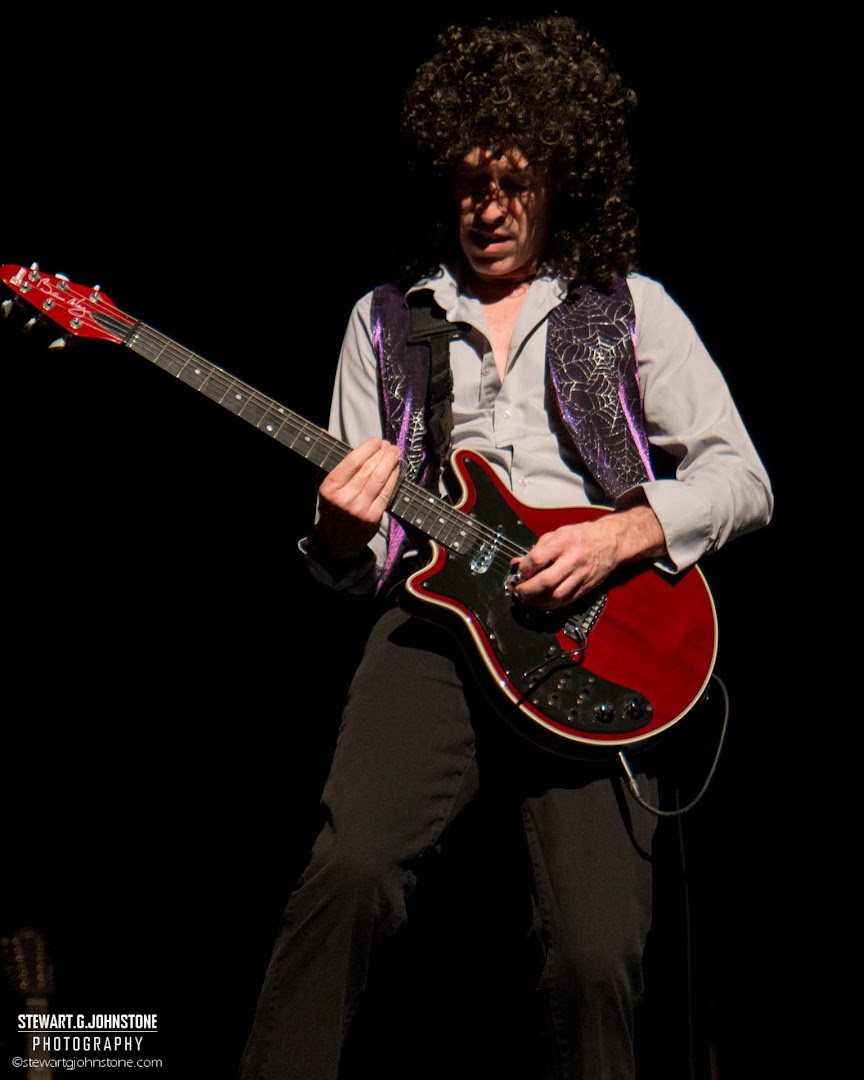 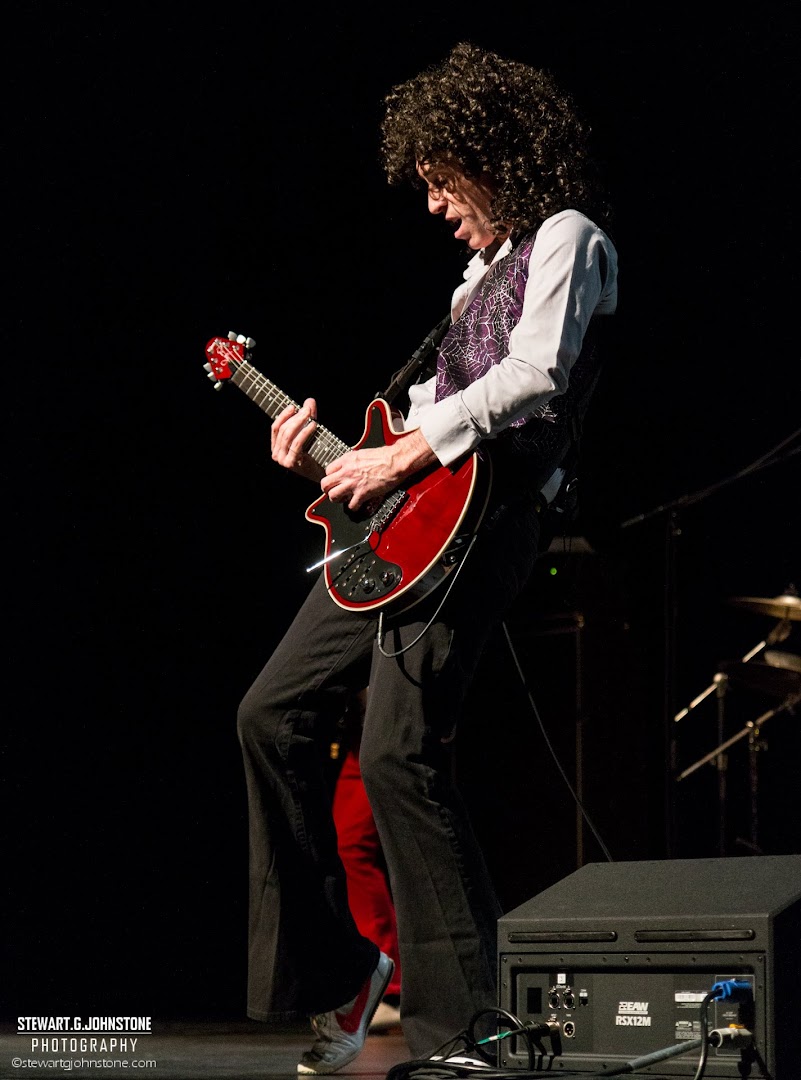 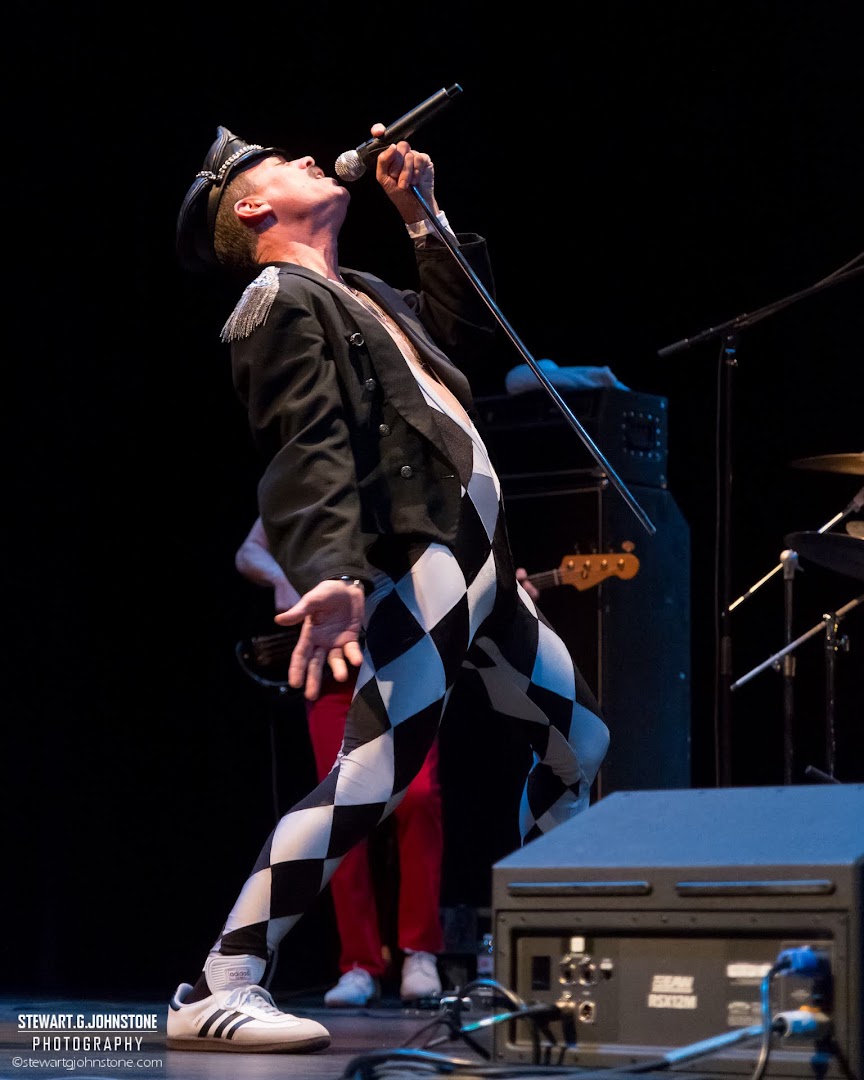 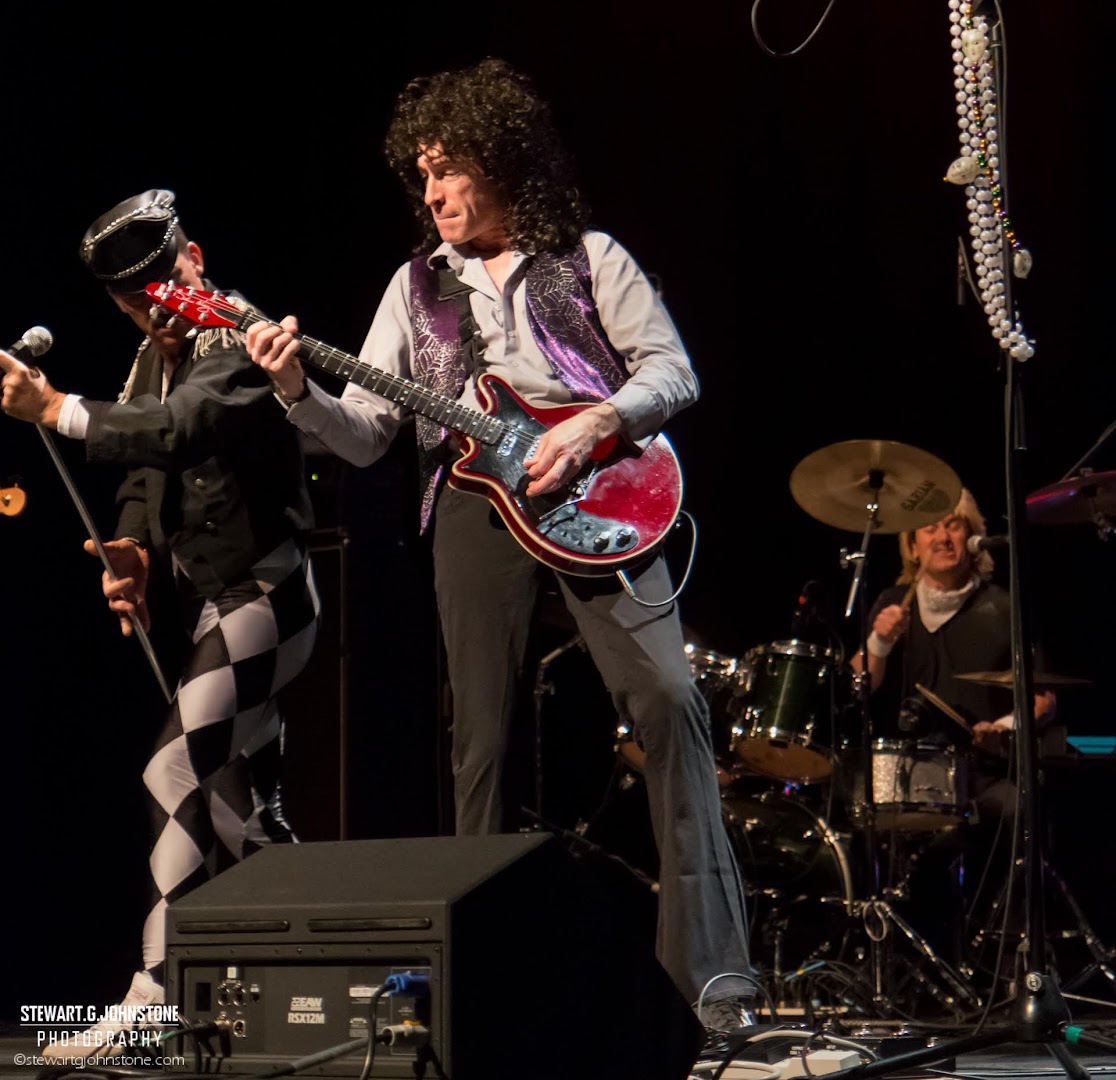 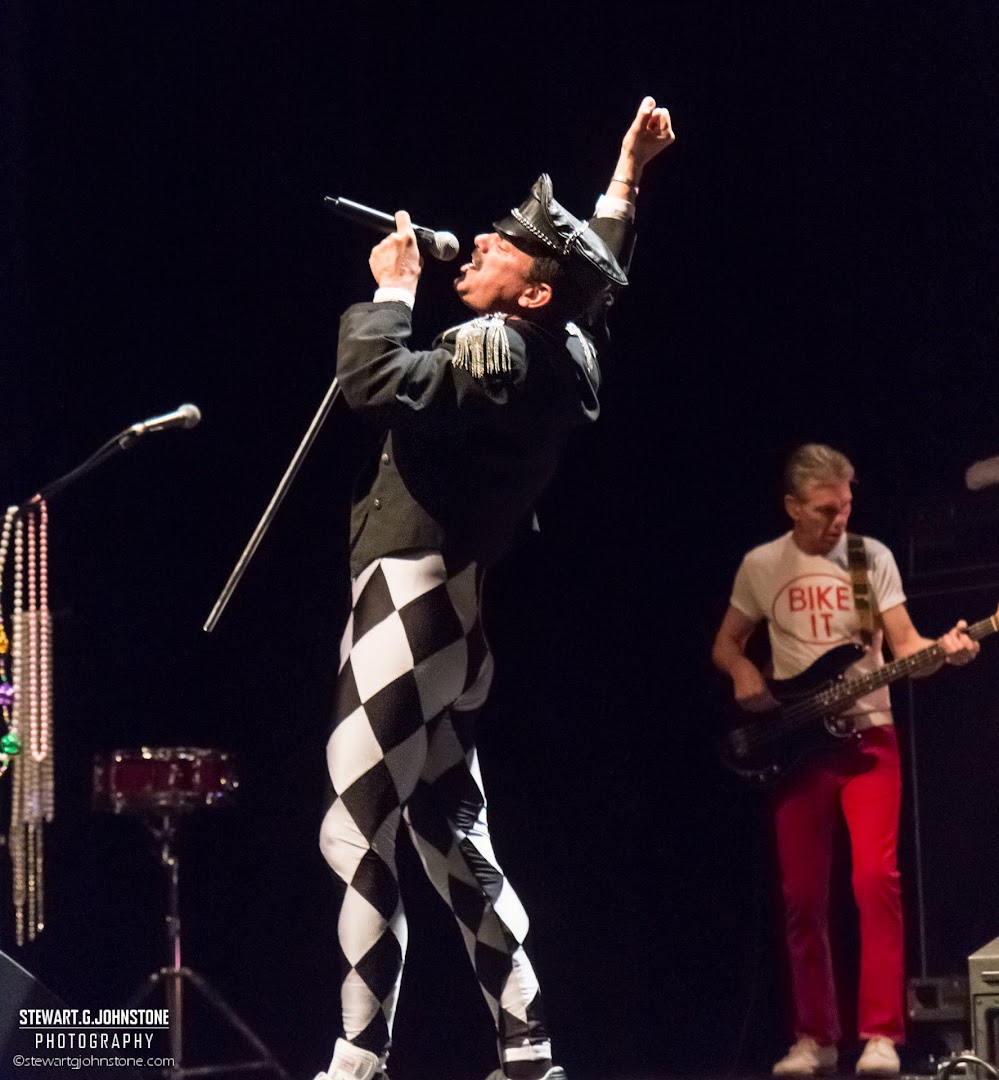 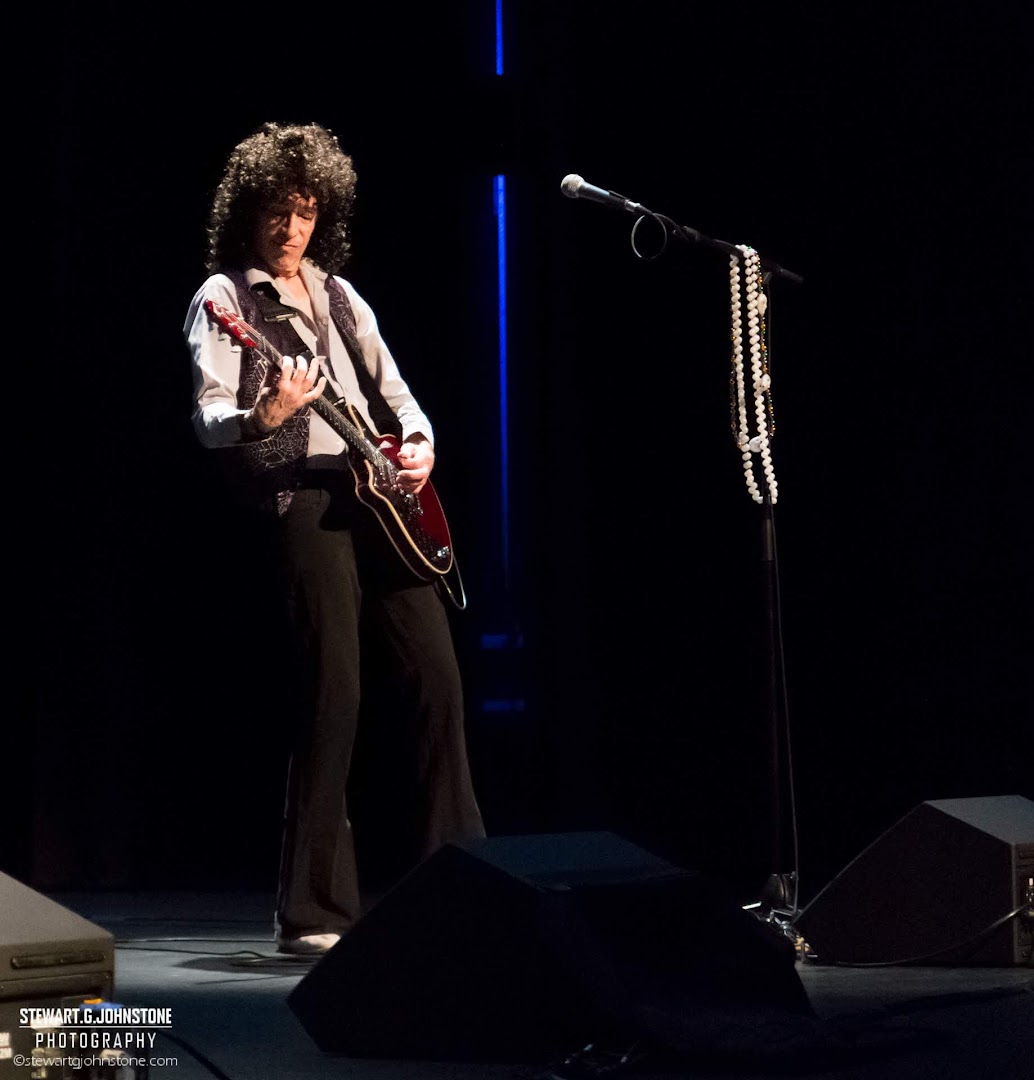 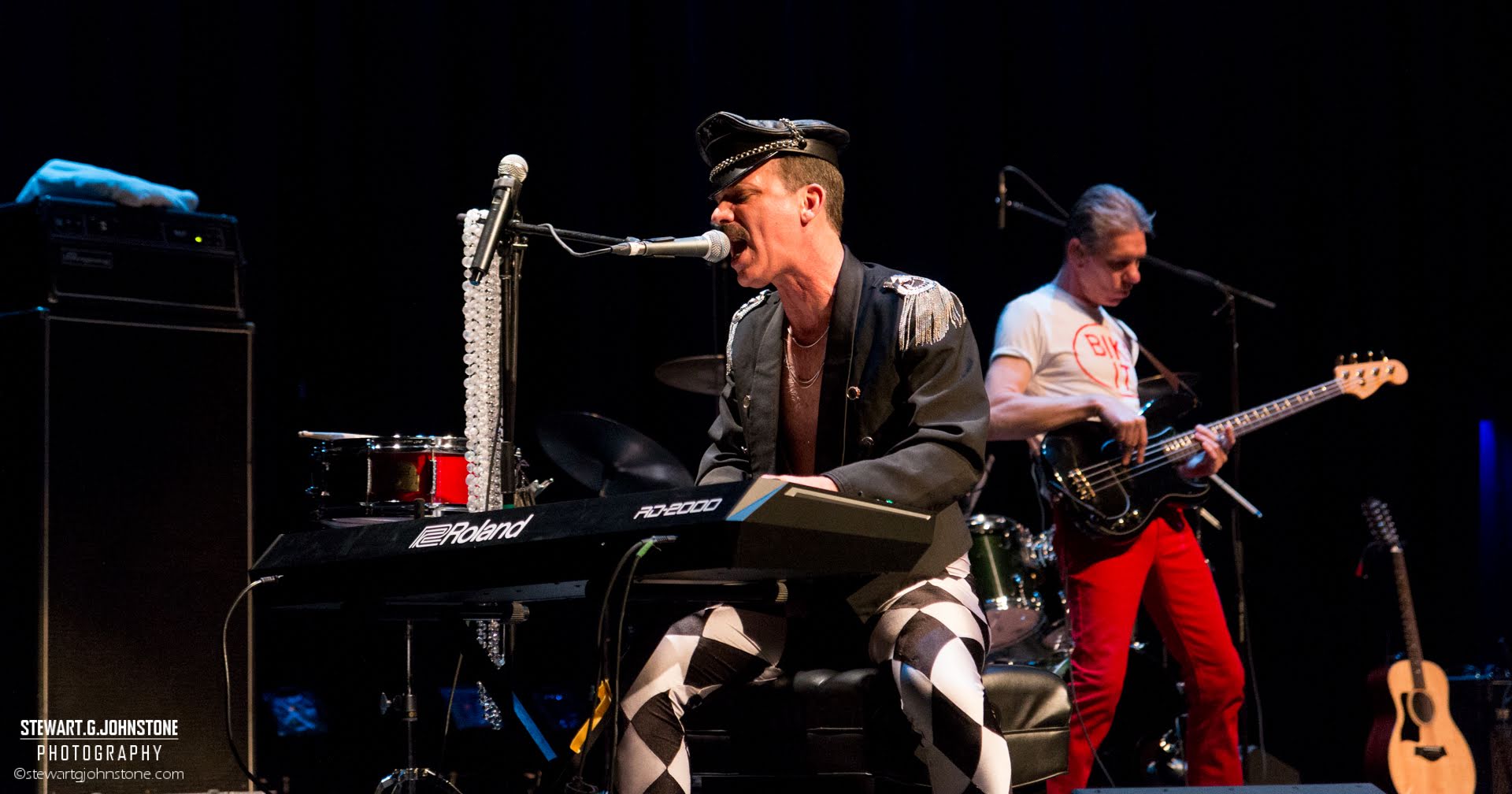 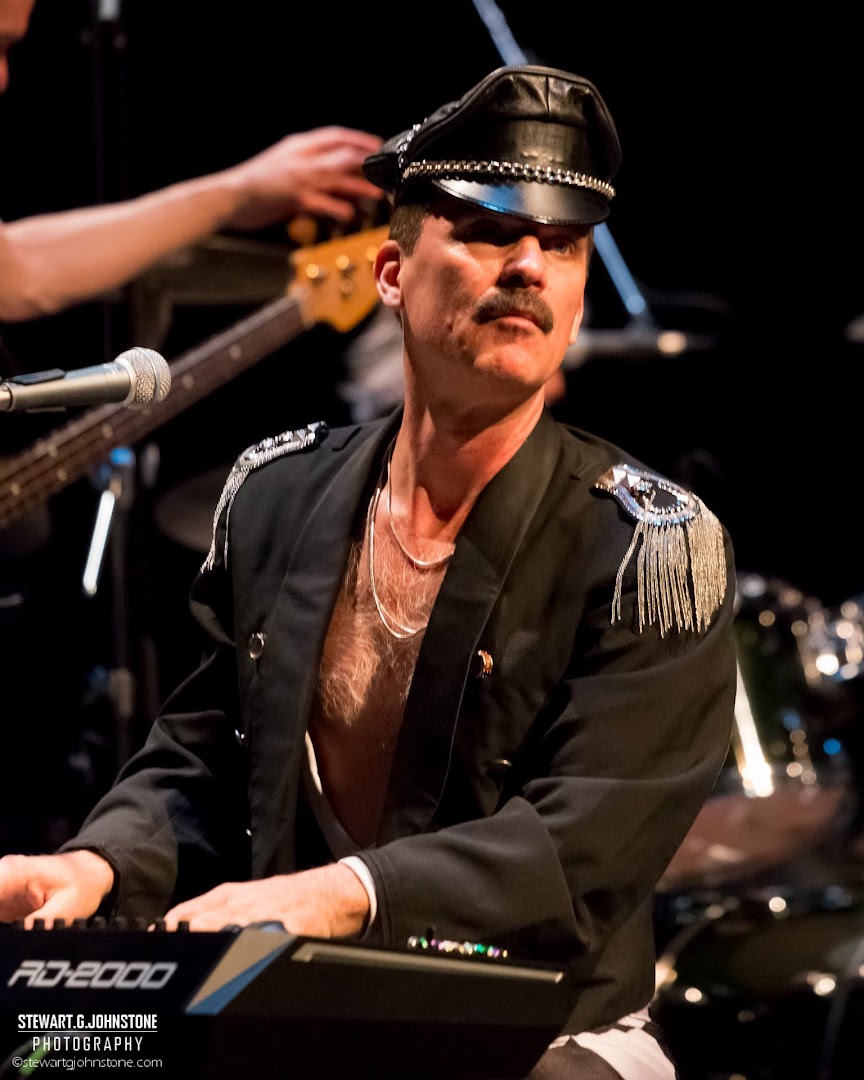 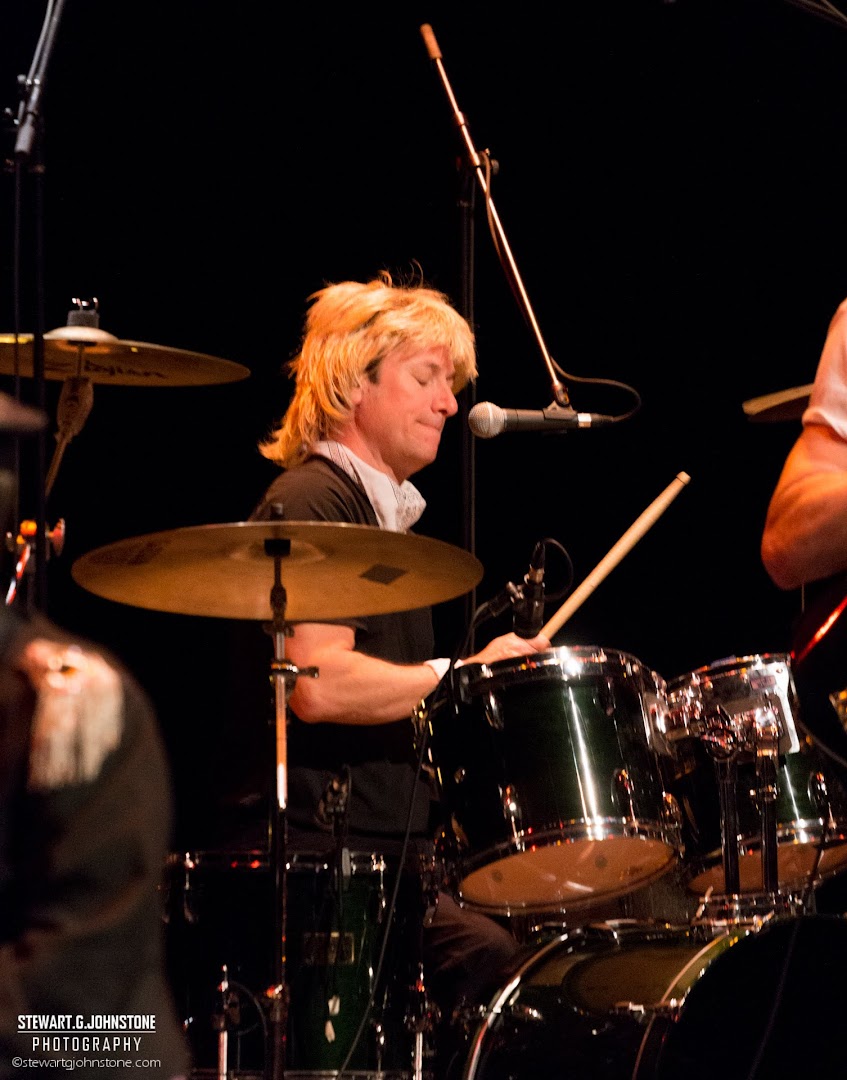 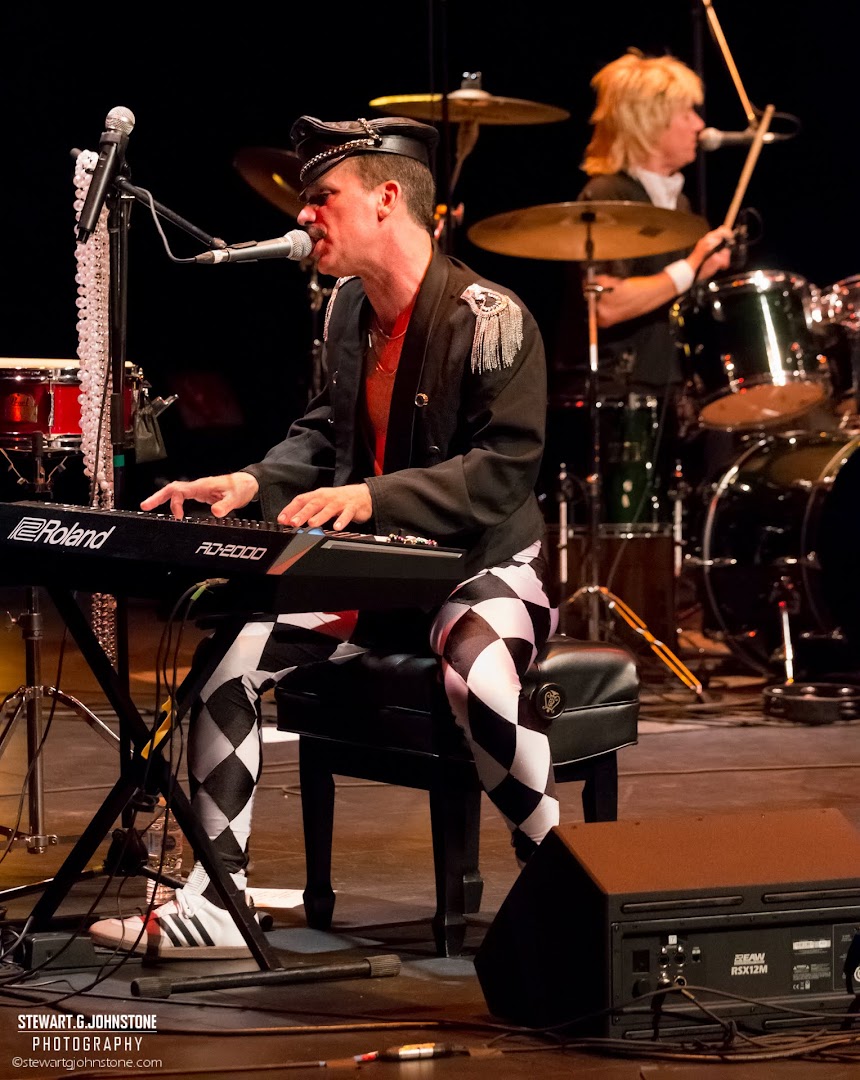 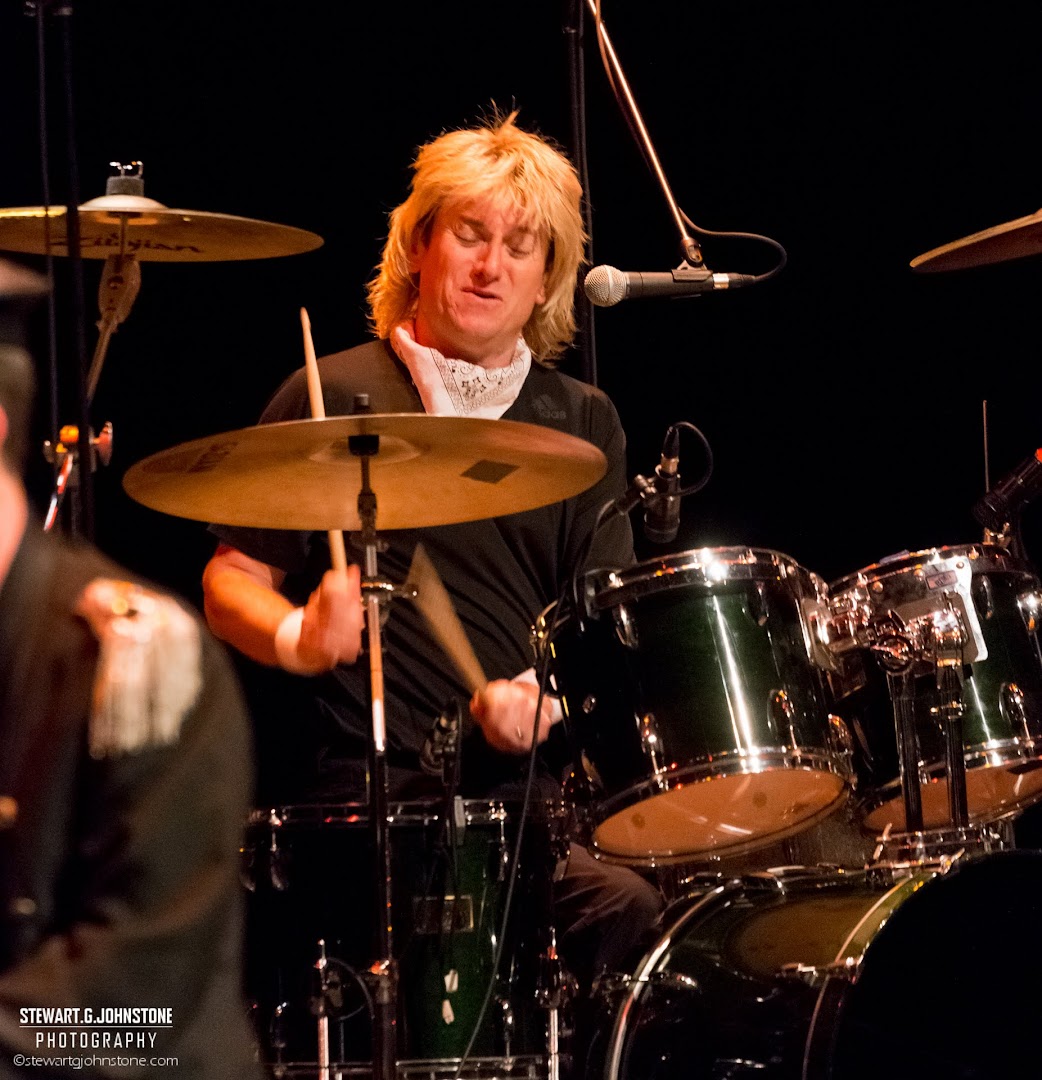 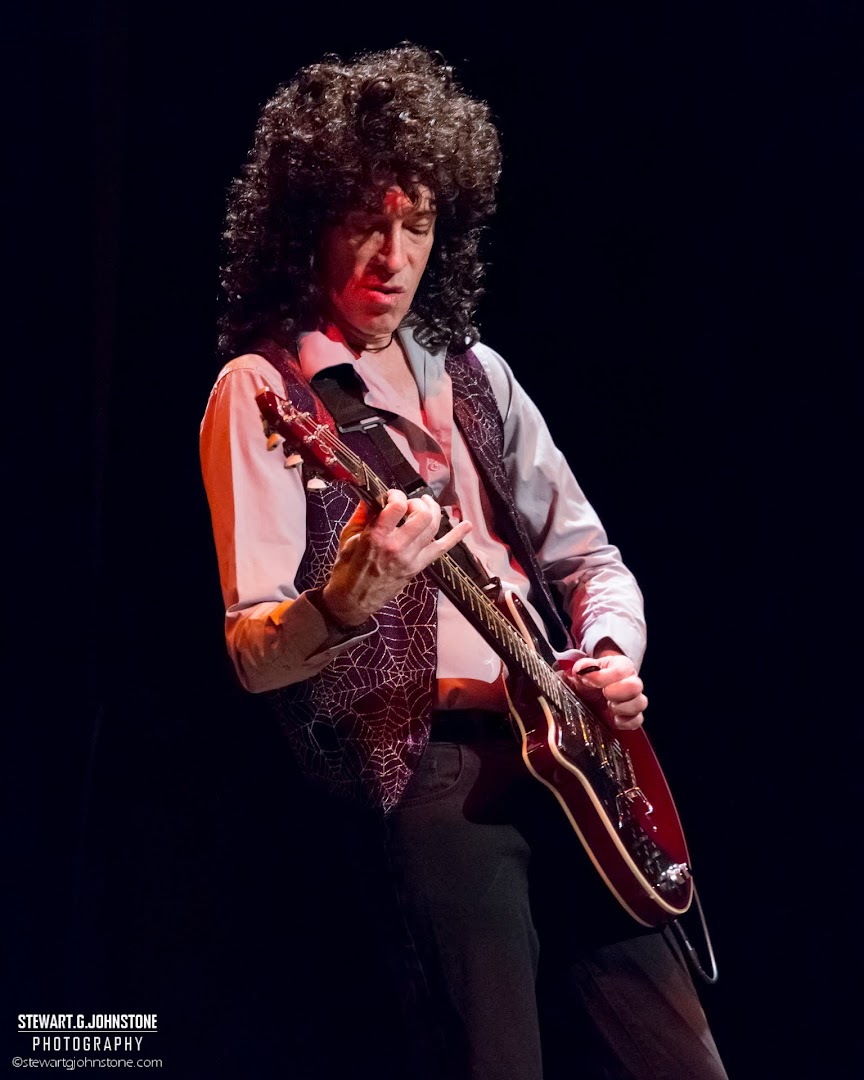 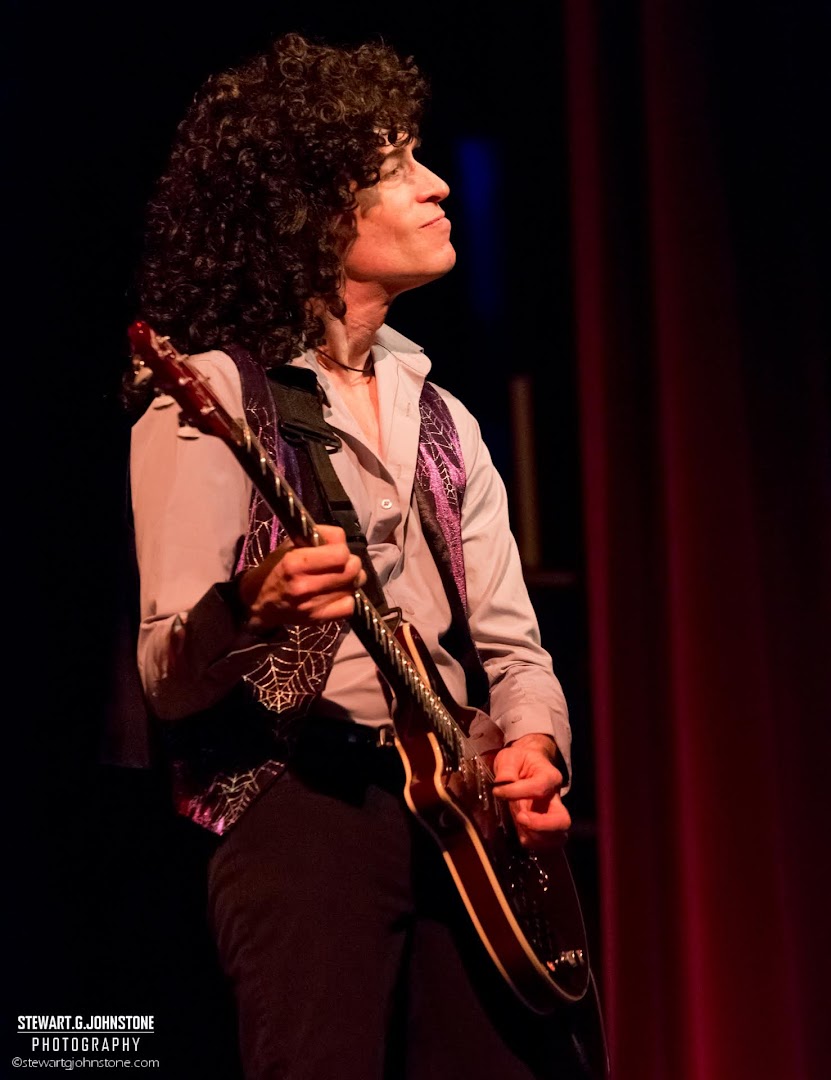 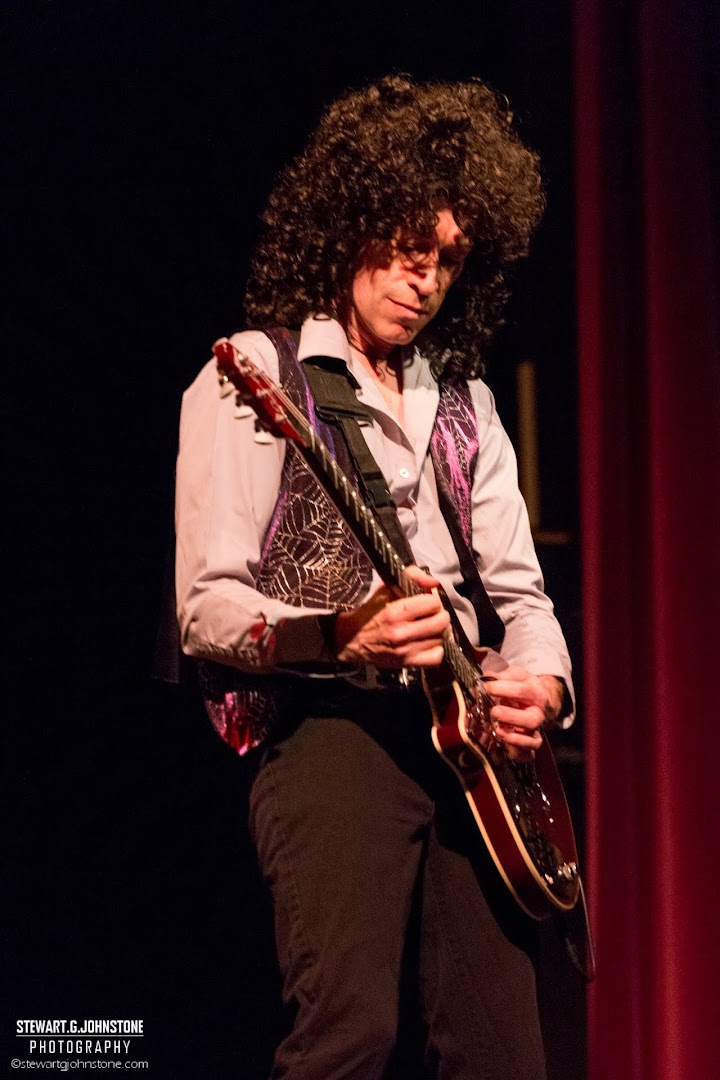 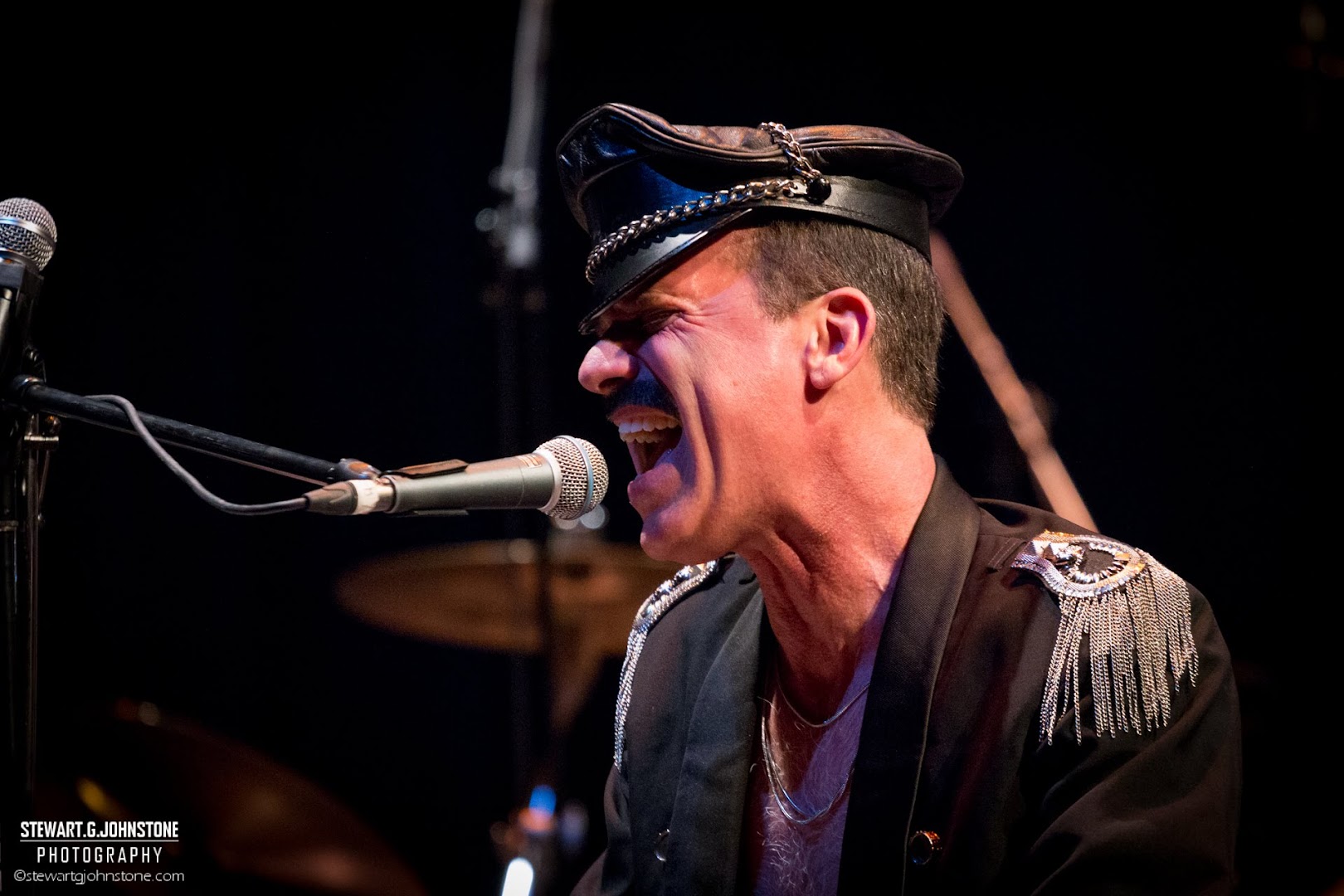 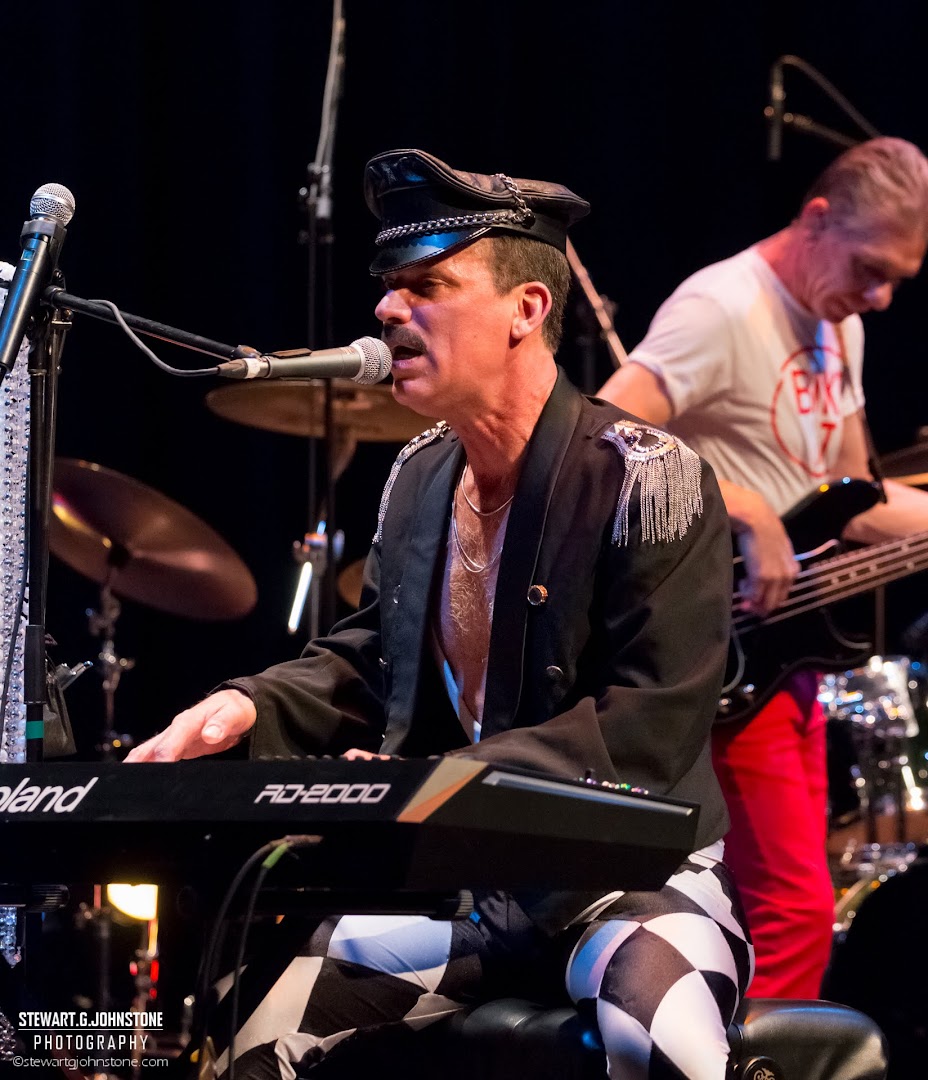